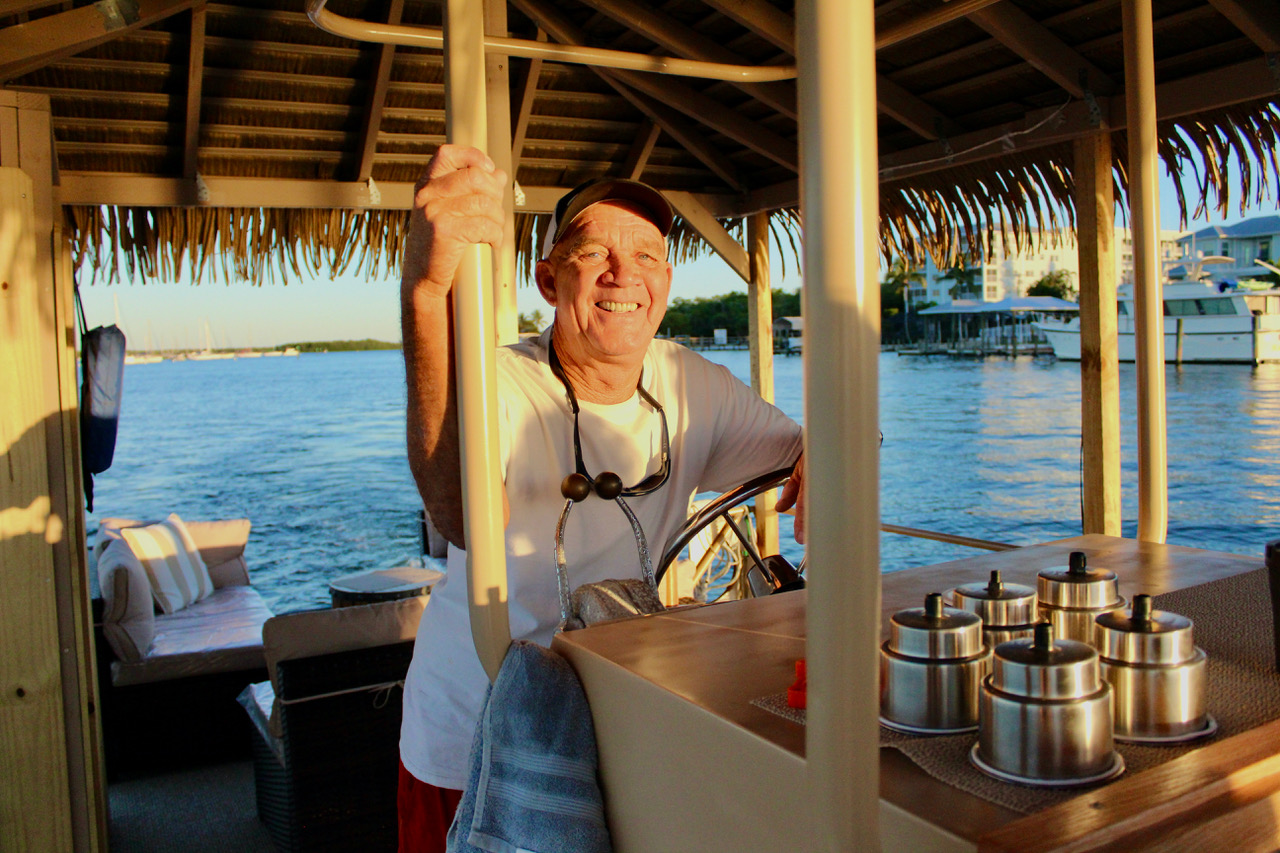 Captain Tracy Newsam is a New England native and grew up in the greater Boston and Cape Cod areas. He has held a 100 Ton United States Coast Guard Captain’s License since the 1980s and spent 10 years as a commercial salvage diver, working on large ships worldwide.

Capt. Tracy owned and operated his own yacht charter boat in Boston Harbor for many years while also doing boat deliveries up and down the east coast and Gulf coast.

He has called Fort Myers Beach his home since 1988, and had a seasonal parasailing business in Beach Haven, New Jersey for 30 years.

drop us a line 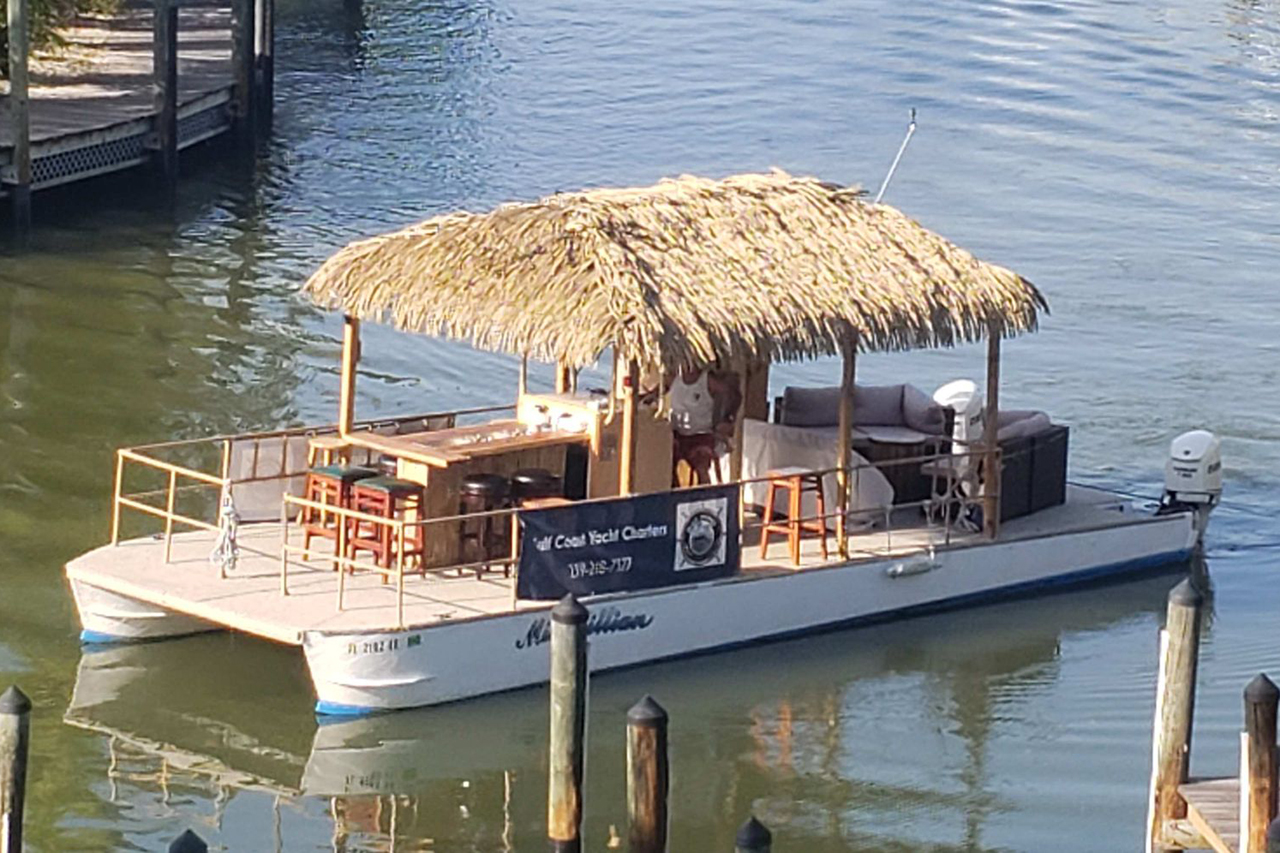 About the Tiki Boat 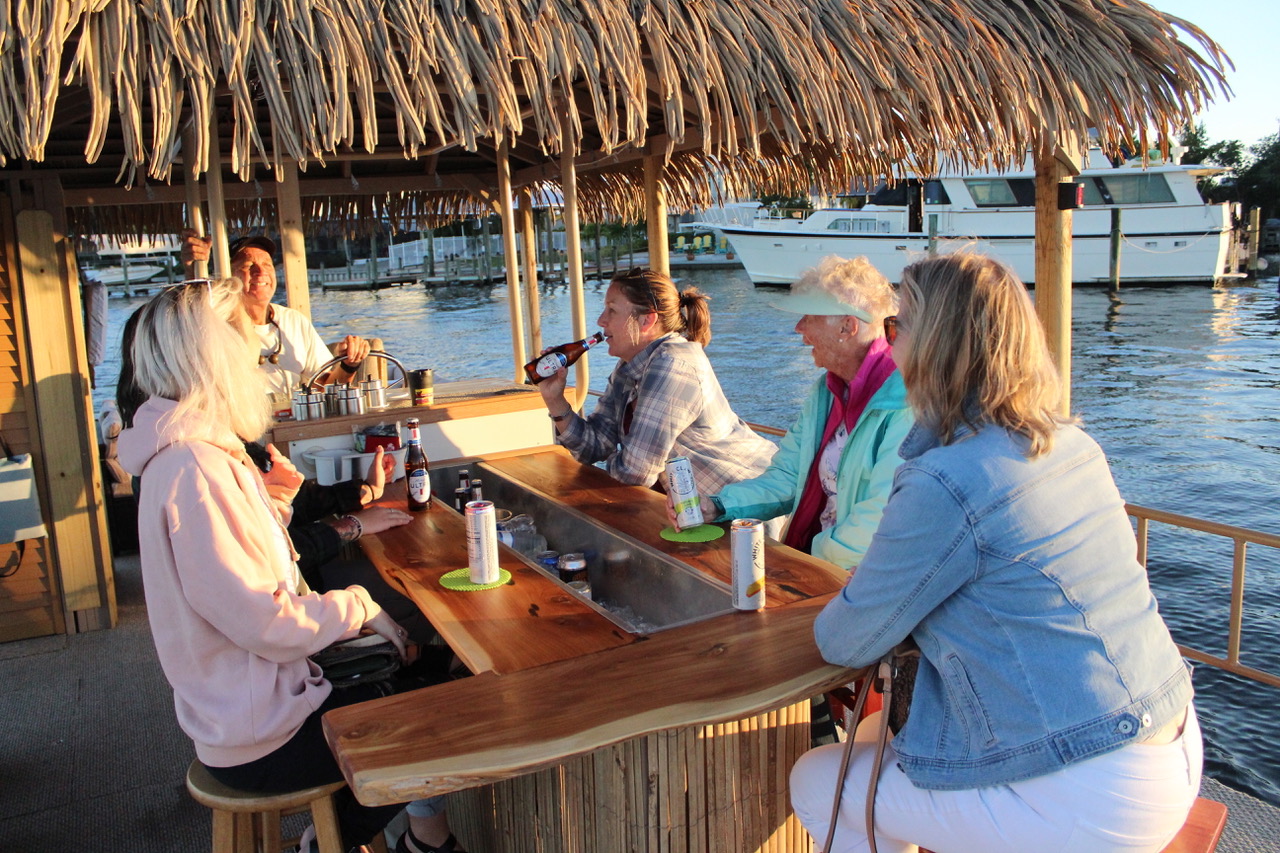 The iconic Sanibel Lighthouse, Estero Bay, Mound Key, Lover's Key, and more are among the local maritime sites you can see while simply enjoying the cool breezes of a water tour. Daily tours for your party of up to six people depart from our private Fort Myers Beach marina. 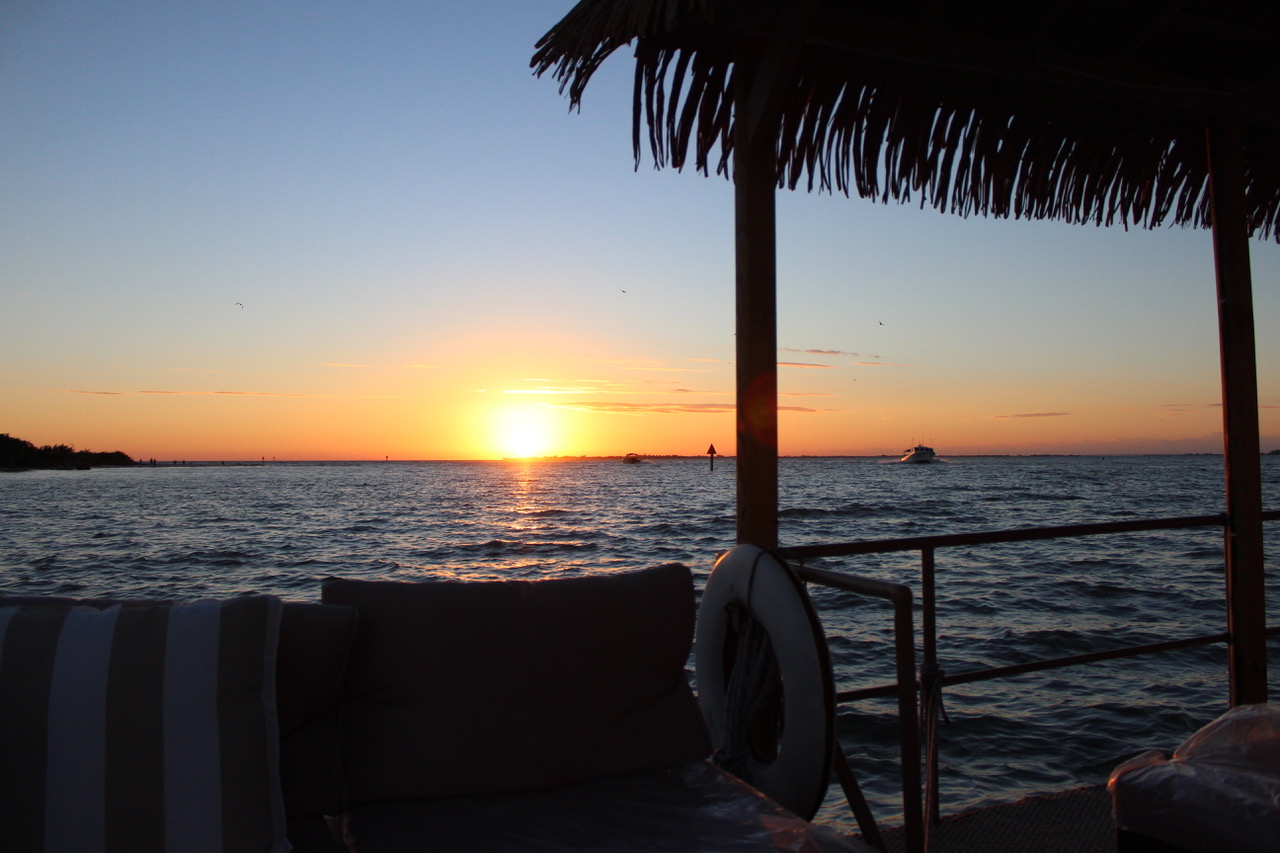 If you've witnessed our spectacular Southwest Florida sunsets, you know that they're unrivaled! And what better place to view that sunset from the unobstructed view on the water? Evening sunset tours for your party of up to six people depart from our private Fort Myers Beach marina. 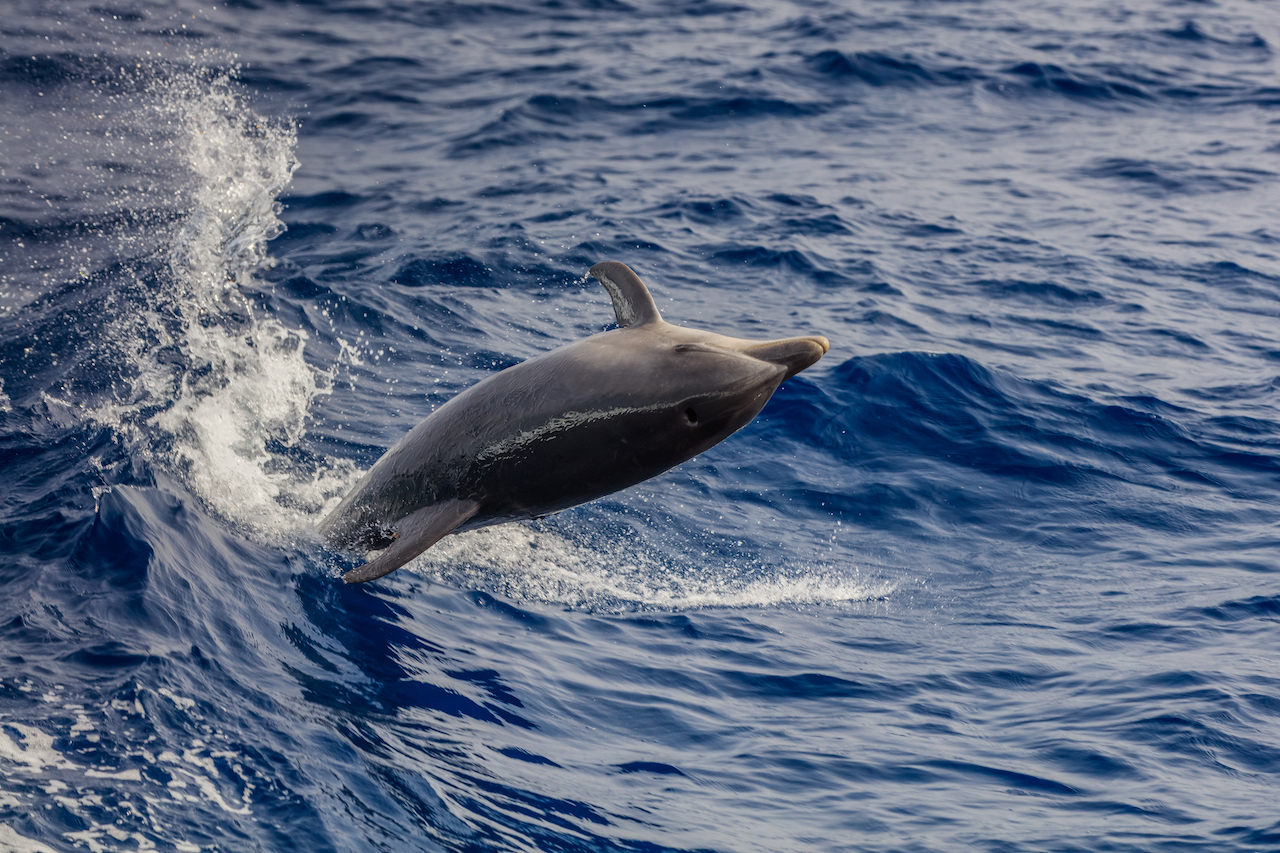 The Southwest Florida shoreline is home to a number of unique species of birds and marine animals that cannot be found in other parts of the country. Delight in the dolphins that playfully jump our wake while catching glimpses of Great White Heron, Bald Eagle, Osprey, Brown Pelican, White Pelican, occasional manatee, Snowy Egret and more! Tours for your party of up to six people depart from our private Fort Myers Beach marina. 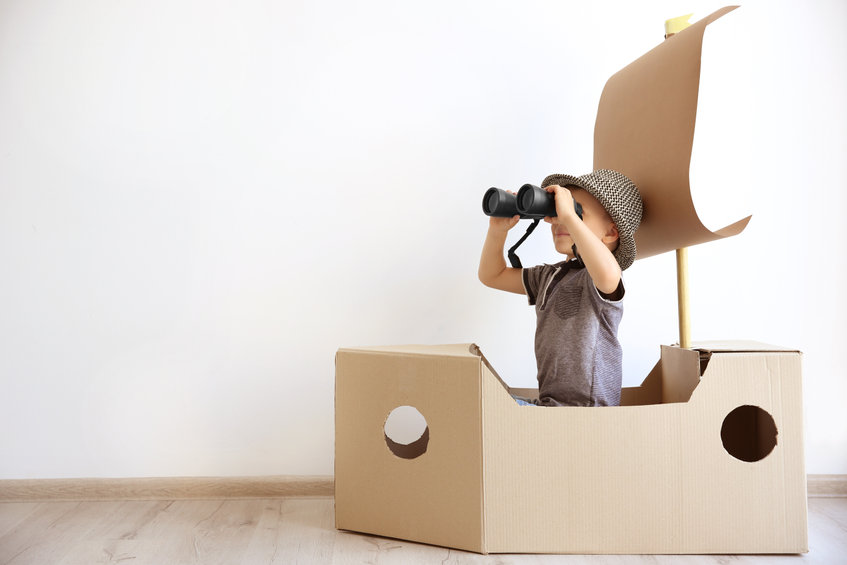 If you need someone to check on your vessel while you're away – look no further. Not only will Captain Tracy act as your local emergency contact, he will check on your vessel at regularly scheduled intervals to make sure that everything remains ship-shape. References available on request. Fort Myers Beach, Fort Myers, Cape Coral, Pine Island, Matlacha, Bonita Beach, and the surrounding area. Call today for a quote! (239) 218-7377. 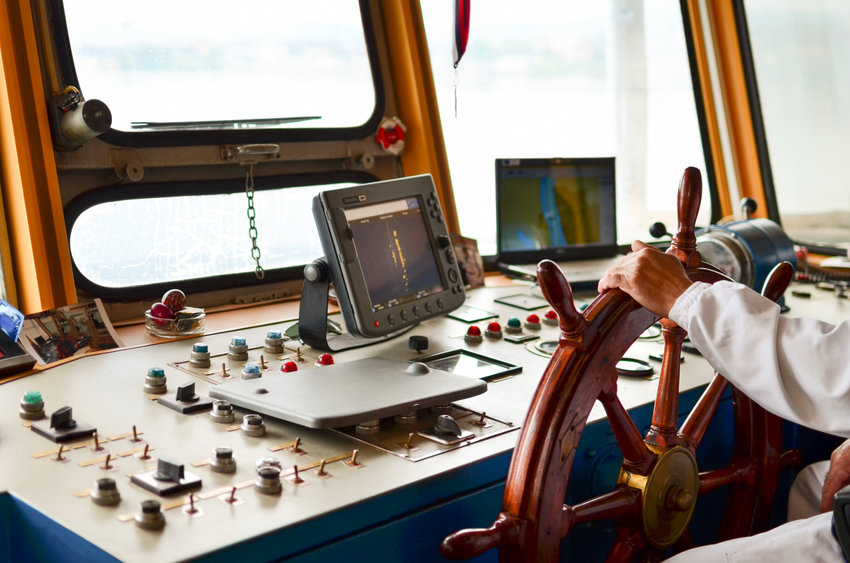 Captain Tracy and his crew will pilot your vessel safely to your destination (and back again!) so that you can sit back, relax and enjoy the trip! Rates vary depending on vessel, distance, destination, time of year, weather conditions, etc. Call today for a quote! (239) 218-7377. 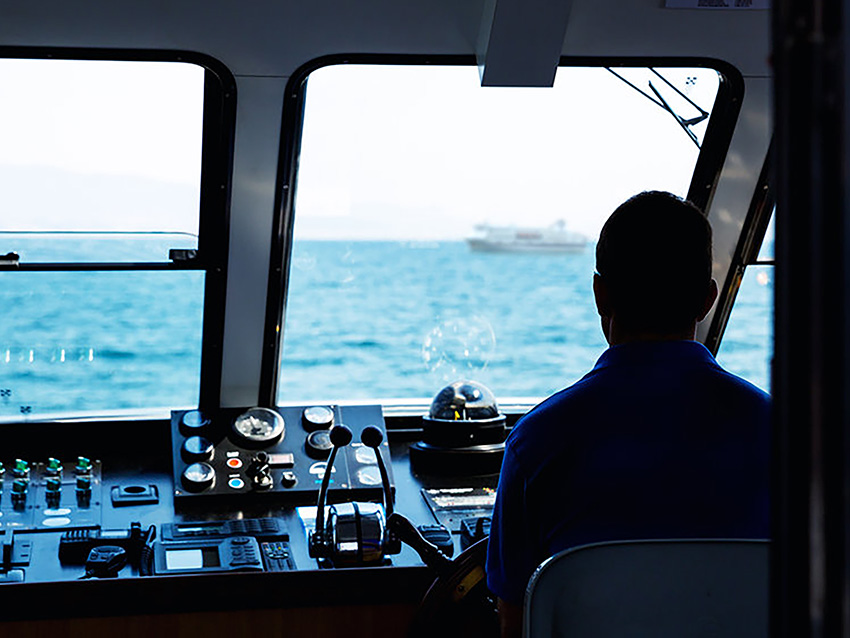 We'll pick up your vessel and deliver it to your destination safely and affordably. East Coast Florida to Maine, ICW, Gulf Coast. Rates vary depending on distance, destination, time of year, fuel prices, weather conditions, etc. Call today for a quote! (239) 218-7377. 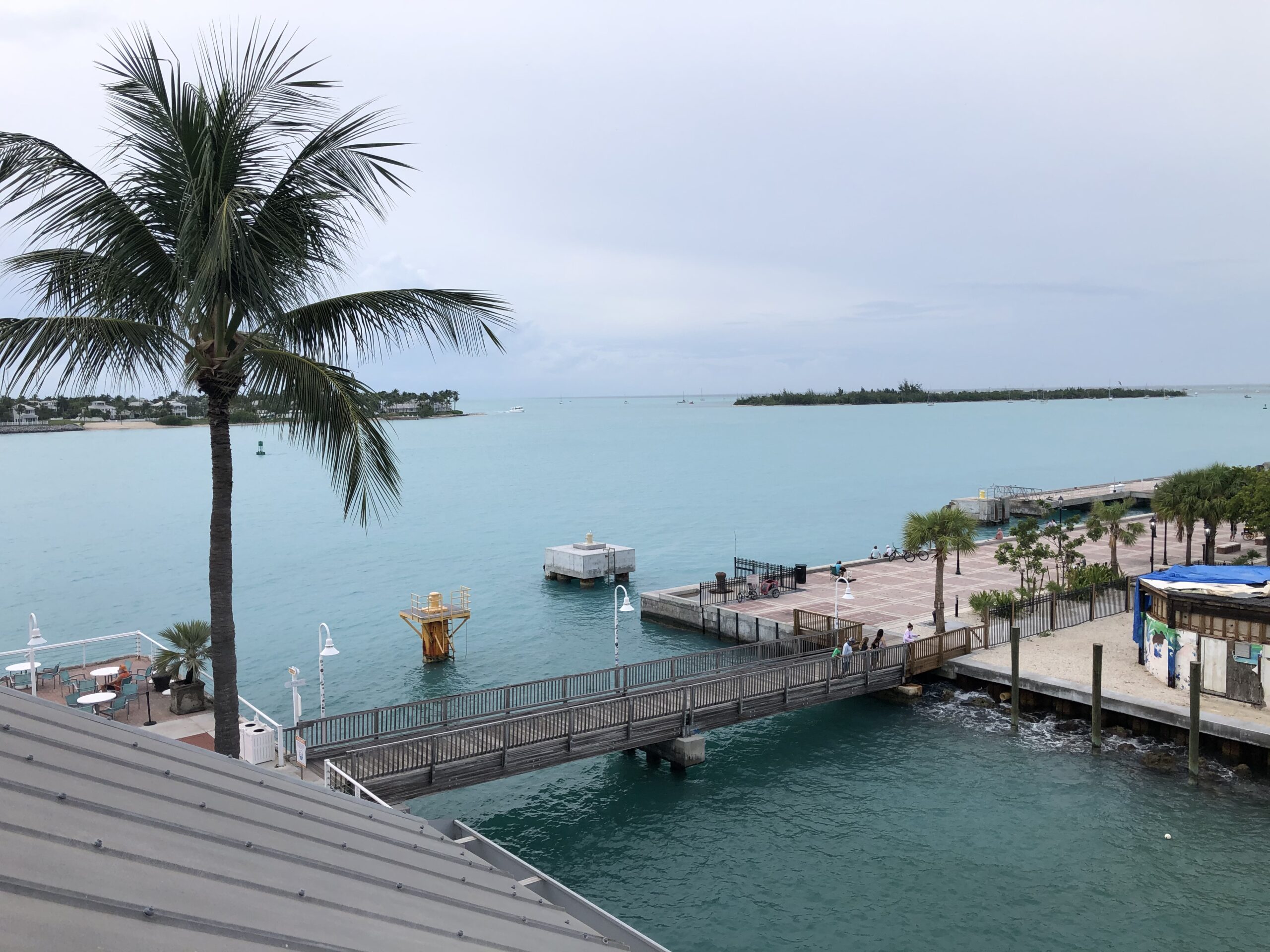 Key Largo, Islamorada, or iconic Key West – whatever your  destination – we'll make all the arrangements! All you have to do is show up dock-side on the day of departure and start relaxing! Full kitchen aboard. Three stateroom accommodate six passengers perfectly. Five-day minimum. Plenty of lead time needed for slip reservations. Rates vary depending on time of year, fuel prices, weather conditions, etc. Call today for a quote! (239) 218-7377. 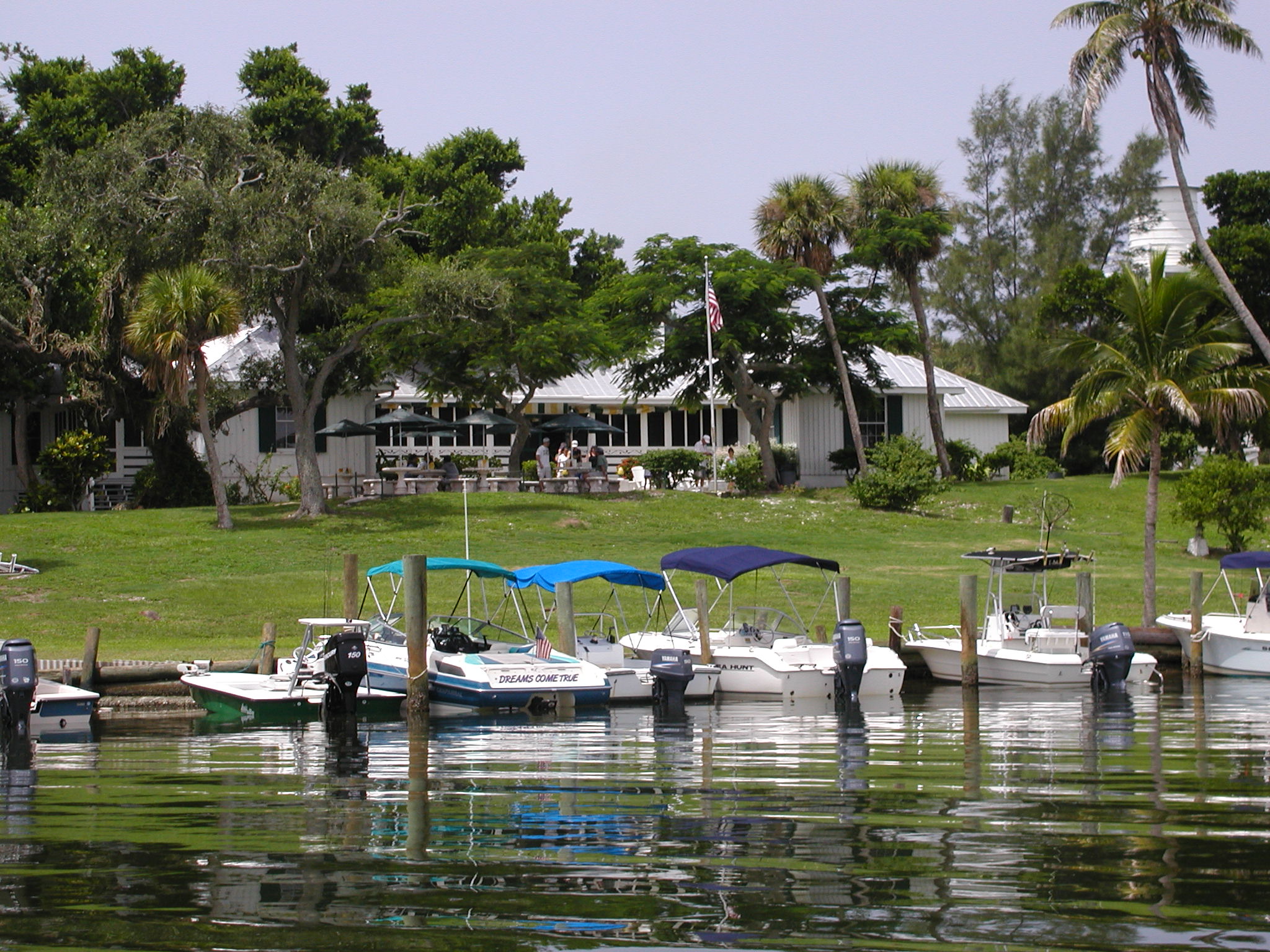 One-day and overnight excursions to Cabbage Key, world-famous home of the Cheeseburger in Paradise! See dolphins and other marine life as we make our way to Cabbage Key for lunch or dinner, with overnight accommodations on board, if you desire.